2. What is Mixed Reality (and how does it work on my Phone)? Print

Mixed Reality (MR) refers environments that blend digital content with physical space. Mixed Reality and Augmented Reality (AR) are terms that are often used interchangeably, though we try to use MR to describe environments where digital models are actively affected by their physical environment as opposed to merely overlaid within a users field of view. Some examples of MR include when digital models are fixed in a particular place in a physical space (such as on a desk, construction site or physical tool), or when physical objects occlude the rendering of digital models, creating the illusion that the digital object has been hidden behind something real. Fologram provides a kit of tracking tools that allow designers to further affect digital models with their physical gestures, movement of devices, scans of physical environments and QR codes and more. 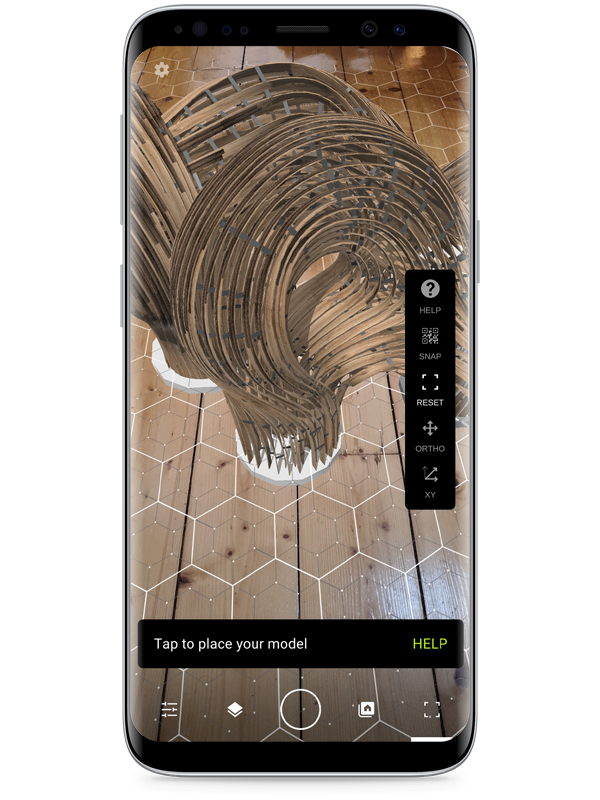 How does my phone position models in space?

Your phone will use a combination of sensors (such RGB and depth camera frames, accelerometer and gyroscope data) to work out how it is being moved around in physical space (called pose estimation) and render digital models that appear fixed in one location over time. ARKit and ARCore are two software packages that are getting very good at pose estimation by detecting many points of high contrast from your phone's camera(s) and tracking the movement of these points to infer the motion of your phone.

What is Mixed Reality really good for on Mobile?