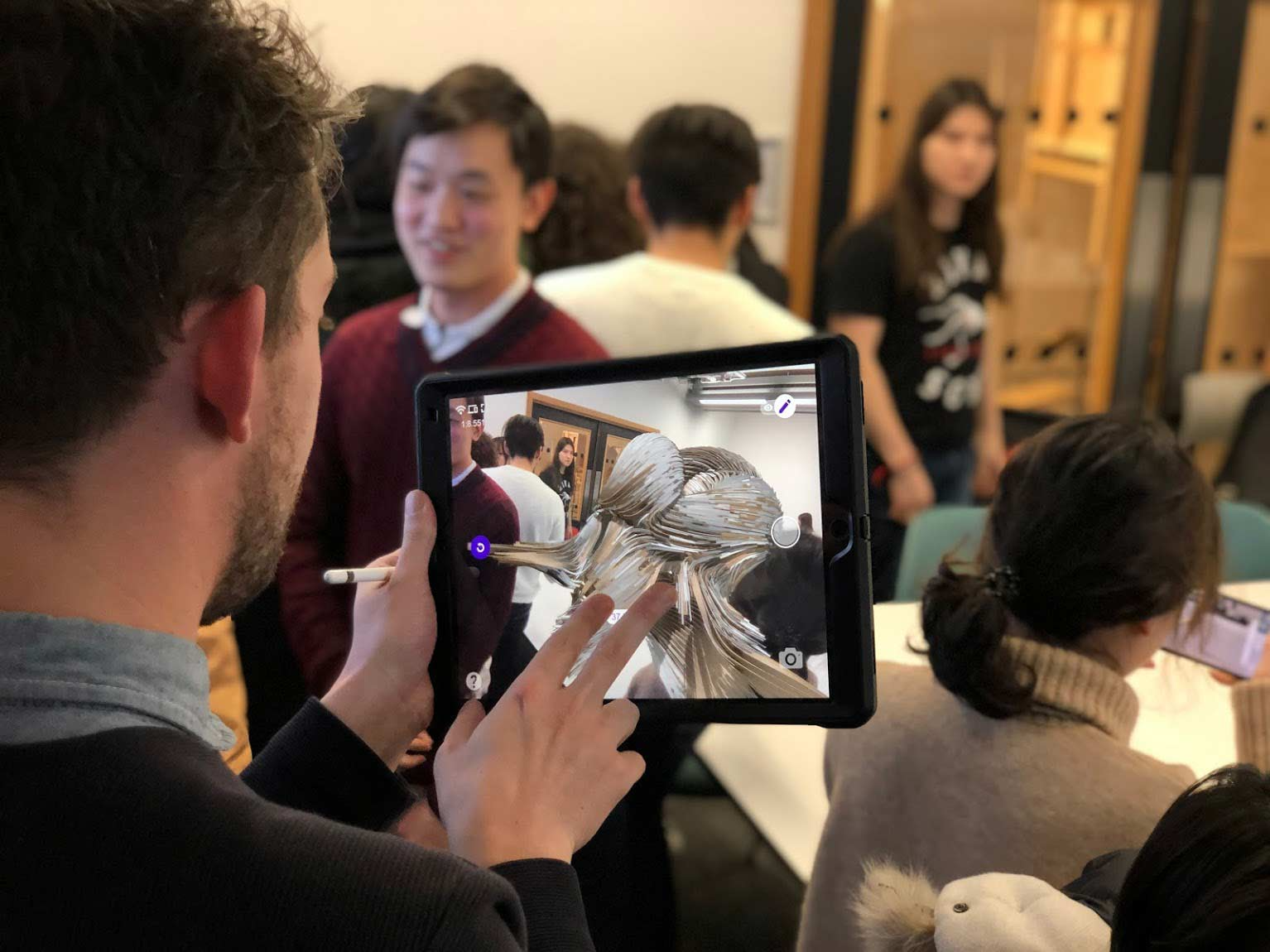 Fologram allows you to share your mixed reality experiences with anyone else with the Fologram for Mobile or HoloLens app by adding their device to your Fologram session. To do this, click the Connect a Device button in the Fologram for Rhino plugin window. Now launch the Fologram app on the HoloLes, phone or tablet you want to connect and scan the connection QR code when told to do so.

By default, each connected device will be able to place the Rhino model anywhere they like. This means that your mixed reality experience won't necessarily appear in the same place for everyone. To place the model in the same spot for all connected phones, use a placement QR code (from the last article) and ask everyone in the experience to snap their model to the code. Voila!

Models are interactive by default, so anyone connected will be able to move Rhino objects around, toggle layers on and off, or scale the model (when Sync is switched on in the Fologram for Rhino plugin window).